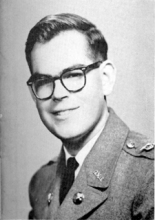 William Frederick Kale, age 74, of Euclid, died on September 24, 2019. Bill was a man you could count on. He worked for the Cleveland Trust Company for 31 years through its incarnations as Ameritrust Society ad Key He married Bonita I 1966 ad stayed married to her till his death 52 years later. He was a hard-working s valued member of the Euclid Stamp Club, and also of the Friends of the Euclid Public Library for who he ran the twice-yearly book sale. More important, he was loving to his family and kind to everyone. He was a great guy and the world is poorer for his loss.

Bill ad Bonnie raised three children. Their life together wasn’t outwardly exciting – no safaris, no marathons – but deeply joyful and satisfying. They had and appreciated the extraordinarily good fortune of seeing their children grow up alive honest, and independent.