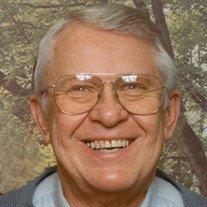 Obituary for Wayne Leroy Johnson
Wayne Leroy Johnson, age 84, of Wiggins, Mississippi passed away Saturday, September 26, 2020, at Gulfport Memorial Hospital of Covid-19 health complications. Wayne was born December 08, 1935, in Cumberland, Allegany County, Maryland to the late Elmer Leroy and Gladys Emmart Johnson. He will be greatly missed by his family and many Gulf Coast and Pearisburg, VA friends. Wayne was a generous soul and people were drawn to him. He loved being around and talking with other people.

Wayne was a 1954 graduate of Greenbrier Military School, Lewisburg, WV where he was accomplished on the basketball court and football field as well as being the first trumpet in the band. After graduation he joined the U. S. Air Force as he said, “to see the world.” In 1955 he was assigned to Sculthorpe Air Force Base in England and met Lilian Lister of Manchester, England and they were married in May of 1958. Over his twenty-year career he would go on to be assigned to permanent and temporary duty stations at some 15 U.S. Air Force bases around the world. After retirement Wayne and Lilian moved back to the Mississippi Gulf Coast living in Gulfport and Wiggins. Wayne started a second career as a Harrison County Deputy Sheriff where he worked for 10 years. From there he worked as a bail bondsman in Gulfport, MS.

He loved golfing and watching sports on TV. He participated in many Shrine activities at the Masonic Lodge located in Perkinston, Mississippi where he had obtained his 32nd Degree. He loved reconnecting at reunions at Greenbrier Military School in WV and Pearisburg High School in VA. Wayne was always in possession of the latest electronic devices and assorted gadgets that he would talk about and share with family and friends.
In addition to his parents, he was also preceded in death by his wife of 48 years, Lilian Lister Johnson; son, Gary Michael Johnson; and brother, Robert Charles Johnson. Wayne is survived by brother, Gary William Johnson and wife Sandra of Asheville, NC; sons, Robert Anthony Johnson of Gulfport, MS and Michael Leroy Johnson of Wiggins, MS; grandchildren, Christina and husband Joshua King of Gulfport, MS, Justin Johnson of Gulfport, MS, Joshua Johnson of Gulfport, MS, Alexis Johnson of Wiggins, MS, Zachary Johnson, of Hawaii, Nicholas Johnson of Fort Walton Beach, FL; great grandchildren, Jasmine, Lilyann, and Mason King; numerous nieces and nephews; and a special friend Helen Dale.

Visitation will be Friday, October 2, 2020, at Bradford O’Keefe Funeral Home, O’Neal Road, Gulfport, beginning at 11:00 a.m. The funeral service with Masonic Rites will be at 12 noon in the funeral home chapel. The graveside service with honors by the US Air Force will be at 1:30 p.m. at the Biloxi National Cemetery. Masks must be worn by everyone attending the visitation and funeral service. Attendance at the cemetery is limited to 20 people. Due to the restrictions for flowers at the Biloxi National Cemetery, the family requests memorials to St. Jude Children’s Research Hospital, P.O. Box 1000, Dept. 142, Memphis, TN 38101-9908.

Bradford O'Keefe Funeral Home is honored to serve the family.

To send flowers or a memorial gift to the family of Wayne Leroy Johnson please visit our Sympathy Store.