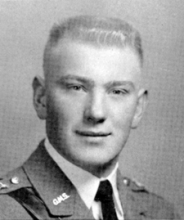 Bob was born in Ft Lauderdale Florida on January 22, 1939. The best days of his early years were spent o Kate’s Moutai in White Sulphur Springs West Virginia. He graduated from Greenbrier Military School in 1956, and enrolled in the United States Naval Academy, graduating in 1960. He earned a degree International Affairs from George Washington University.

Highlights of Bob’s naval career include: tours o the USS Becuna, USS Ethan Allen, USS Salmon, and USS Wahoo, attendance at the Naval War College from 1969 to 1970, Aide to the Chief of Staff at Supreme Allied Commander Atlantic (SACLANT), Executive Officer for the USS Richmond K. Turner, Commanding Officer of the USS Miller attendance at the National War College from 1980-1981, Staff Position at the Pentagon Commanding Officer Fleet Combat Training Center Pacific. He ended his career as Commanding Officer of the Naval Station Annapolis, Bob retire as a Captain, USN I June 1990 having served thirty years.

After the military Bob entered the civilian work force and worked as Senior Vice President for Bullock Construction Inc. and as procurement officer for the State of Maryland
He et the love of his life Joanne Speer Ehlers, the widow of the late Ernie Spears (USNA ’59) during his tour at SACLANT. Joanne four young children who he adopted ad raised as his own. This was no small feat for a young bachelor. Their family grew to seven with the addition of their youngest daughter. No words ca express how grateful we feel for Bob entering our lives a husband and father.

Whether a new acquittance or a lifetime fried Bob always made you feel exceptional. Through his career, Bob and Joanne established an extensive military family with who they shared many laughs, travels, and memories. This family loved and supported them throughout their years. The Gamba family will receive visitors at Hardesty Funeral Home at 2 Ridgely Avenue, Annapolis, MD, on Monday, October 4, from 6-8 PM. A celebration of Life ass will be held at the United States Naval Chapel followed immediately by internment at the USNA Columbarium on 5 October 209 @2:00pm.
In lieu of flowers, please consider donating to Organization for Autism Research or American Cancer Society.