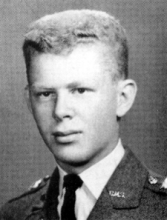 Philip Lee McLaughlin sr. was met on Sunday, November 11, 2018, by hi Lord and Savior Jesus Christ, his daughter, Elizabeth “Beth” Mclaughlin Walton, and other family and friends who have gone before him. “Well done, good and faithful servant.”
He was born on June 28, 1940, to Andrew W. and Dorothy McLaughlin.
Philip is survived by his wife, Paula; son Philip L. McLaughlin Jr. (Sherry); daughter Jody Hammond (David); son, Chris Baker (Carin); son-in-law. Don Walton; Sisters Alice McKnight and June Strader (John), He was “Bog Dog” to 12 grandchildren and four great grandchildren.
Philip leaves a great business and civic legacy to the Greenbrier Valley and the state of West Virginia. He served as president and chief executive officer and director of Greenbrier Valley national Bank from 1971 to 1993. In 1993, Greenbrier Valley National Bank merged into Horizon Bancorp, expanding the company’s market area to include Raleigh, Summers, Pocahontas and Greenbrier Counties.
Philip served as the president and chief operating officer and as a director of Horizon Bancorp Inc. from 1993 until 1998, when Horizon Bancorp merged into City Holding Company and the Greenbrier Valley Bank merged into City National Bank, creating one of West Virginia’s largest banking organizations, operating 59 branches in 1999. As the culmination of the merger of Horizon and City, Philip became chairman of the combined company.
He retired from active management of City and stepped down from the position as chairman in 2002, but remained on City’s Board until 2015. He served as a Federal Reserve Director for the Federal Reserve Bank of Richmond for three hears under Alan Greenspan, one year as Chairman.
He was the president of the West Virginia Banker’s Association from 1988 – 1989. His very first job was as a paper boy for the Charleston Gazette. Philip served as treasurer of the Greenbrier Military School Alumni Association until 2012.
He was a member of Almost Heaven Habitat for Humanity Board of Directors. He was a member of the Rotary Club of Lewisburg and was named a Paul Harris Fellow. He was a lifelong member and served as Deacon, Elder and Trustee od Old Stone Presbyterian Church. He was also a long-time member of the Lewisburg Elk B.P.O.E. One of his most special civic accomplishments was the founding of Boy Scout Troop 248. Philip was involved in numerous charitable organizations, and the s\essence of his life was to serve others.
Philip received his bachelor’s Degree in Mathematics from William and Mary University and completed the Stonier Graduate School of Banking program at Rutgers University. He oved to tell jokes, sometimes the same ones to the same people. As far as he was concerned, he was a master golfer, hunter and fisherman. He treasured his ’39 Ford Coupe and his camp on the river. His advice to everyone, especially his kids, “Stay within the due bounds of a lady or gentleman.” He was genuine class, through and through.
A memorial service will be held on Saturday, November 17, 2018, at Old Stone Presbyterian Church in Lewisburg at 11a.m., with a Celebration of Life gathering at the West Virginia School of Osteopathic Medicine Alumni Center immediately following the service.
In lieu of flowers, contributions can be made to the Elizabeth McLaughlin Walton Fund for CASA, establisher in 2012, which supports CASA of the Eleventh Judicial Circuit of WV and their advocacy work on behalf of abused and neglected children. Mail donations to the Greater Greenbrier Valley Foundation, P.O. Box 1682, Lewisburg, WV 24901.
Send online condolences by visiting www.wallace and WallaceFH.com,.
Wallace and Wallace Funeral Home in Lewisburg is in charge of arrangements