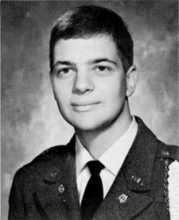 Michael graduated from Greenbrier Military High School, and then went on attend Miami University. He was Vice President at Hocking Valley Steel until his retirement. He was an avid car enthusiast and for a time enjoyed turning his hobby into the MS Auto Dealership where he sold and restored classic cars. He enjoyed playing golf and was a member of The Medallion Club. He also enjoyed reading, NASCAR and politics in his spare time.

In addition to his parents, Michael is preceded in death by his brother, Frankie Smith and his second wife Deborah (Knox) Smith.