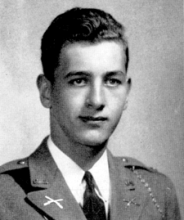 He grew up in Media Pennsylvania, a suburb of Philadelphia. His early years took him to Lewisburg West Virginia, far from home, for military school. He did not like this, but excelled. After graduation, and as WWII was continuing, he applied to and was accepted into the Navy's V-12 program - he wanted to be a pilot. As the Navy - not Boyd, as he was known to his family and friends - would decide where he would be educated, he spent one semester at U. of Pennsylvania, then one semester at Ursinus College. For sophomore year he was sent to Villanova (at that time still a college), and remained for the next three years. He met the spunky and talented Martha Foster while she was also a college student at West Chester State Teachers College. They were married in between his junior and senior year. While both sets of parents were horrified, believing their kids would never finish college after this, they both went on to graduate, Boyd finishing second in his class.

He began his professional career with Westinghouse Electric, where he found it not to his liking in the first year, quit and sold life insurance. After one year, he decided he did like Westinghouse after all and returned, remaining the next 41 years. His career took him from South Philadelphia to Kansas City to Pittsburgh to Jacksonville and finally ending in San Jose California. He had started out as a mechanical engineer working on gas turbine engines for aircraft, but Westinghouse found his talents better suited to organizing and numbers, and so encouraged him and helped him to become a "systems analyst." All the while with his "entourage" of a wife and child first, then three more children, to make a tribe of six. Believing that Jacksonville would be the best fit for him and his wife, he retired there and spent the final 30 years of his life in the city.

He enjoyed his time with the U.S. Junior Chamber of Commerce, or "Jay Cee's" in the 1950's, traveling once in a caravan to the western states from Philly in his brand new 1954 Ford convertible. In the 1960's, as a devoted family man and wanting his sons to learn useful skills, he became involved first with "Indian Guides," and later the Boy Scouts, rising to the position of District Commissioner for the eastern District of Allegheny County (Pittsburgh). In the mid-60's his community figured it needed a pool. Boyd volunteered to design it, as his father had been an architect, and helped sell "shares" in the pool - memberships which helped raise money to build it - a novel idea at the time.

Boyd was predeceased in life by his loving wife of 56 years, Martha ("Marfy" as she was known to her friends), his son Jeffrey, his brother Nelson and his sister Marguerite.

He is survived by his second wife, Doreen, and three sons, Philip (Son Jeff and granddaughter), Kelly (wife Terri and children Ben and Kimberly), and Andrew (wife Therese and sons Christopher, Nicholas (wife Lexi) and Jonathan), Many thanks go out to Brookdale Senior Living facilities, who cared for Boyd in his final years, the Mayo Clinic Jacksonville, the Right-At-Home Care Company, Community Hospice, and to his second wife Doreen.

Interment to be at Dignity Memorial Oaklawn Cemetery