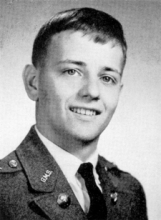 Jesse was born June 5, 1946 in Bluefield, WV and was the son of the late Jesse O. Guills, Sr. and Grace Duncan Guills.

Jesse was an active member of the Lewisburg United Methodist Church, retired attorney at law, received his BS degree from WVU in 1968 and his JD degree from WVU Law School in 1971.

During 1971 and 1972 he served as a 2nd Lieutenant in the U. S. Army. Jesse was a WV State Senator serving from 2002 to 2010. He was Treasurer of the WV Chapter American Board of Trial Advocates, a member of the WV State Bar Association, served as Chairman of Greenbrier County Airport Authority, and was President of the Hollowell Foundation.

Preceding Jesse in death other than his parents were his sisters, Patricia Price and her husband, Bill, and Nancy Guills, as well as his beloved golden doodle, Sam.

Those left to cherish his memory are his children; Amy M. Guills and husband Jim “Hollywood” Savas of Santa Monica, CA, Patrick B. Guills and partner Becki Allen of Lewisburg and his children’s mother Karen F. Guills of Lewisburg; his granddaughter who was his pride and joy, Rhylynn P. Guills and Jesse’s companion Donna Ream, his dogs, Charlie and Gracie, as well as grand-dogs, Hank and Abe.

Funeral services with Military Honors for Jesse will be held Saturday July 13, 2019 at 11:00 AM at Lewisburg United Methodist Church, with Pastor Tim Halloran officiating.

In lieu of flowers, the family suggests donations of sympathy be made to local EMS & Fire Departments.