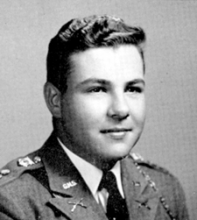 Del Eddy, 83, of Williamsburg, KY passed away at his home on Saturday, July 20, 2019. He was a native of Lexington, KY, and the son of the late Delvord Manning Eddy, Sr. and Mary (Rose) Eddy. He was also preceded in death by his wife, Sue (Davis) Eddy, and grandson, Benjamin Cade Shelton.

Del was a proud graduate of the Greenbrier Military School and a veteran of the US Air Force. He owned and operated the Royal Crown Bottling Company and the Whistle Stop Pizza Shop in Williamsburg. He was also an avid outdoorsman, craftsman, and blacksmith.

Cremation services are being provided by Croley Funeral Home of Williamsburg. A private service will be held at a later date at the Lexington Cemetery.