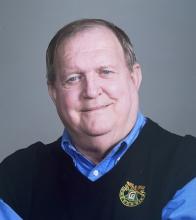 Marvin Kent Conley, 72, of Charleston, WV, died peacefully Sunday, August 28, 2022, at HospiceCare CAMC Memorial. Born November 2, 1949, he was the son of Jason and JoAnn Conley of Charleston. Marvin attended Fort Hill Elementary, John Adams Junior High, and George Washington High School, where he won the state journalism contest. He played basketball growing up and was a member of Boy Scout Troop 5 of the Buckskin Council. Marvin was a proud 1967 graduate of Greenbrier Military School in Lewisburg. He received the Best Drilled Cadet award and was editor of the school paper. He attended Marshall University in Huntington and was a faithful Thundering Herd fan. After college, Marvin went to work for Rhodes Brick Company in St. Albans. He moved his young family to Clemmons, NC, in 1978, where he was a member of Clemmons Presbyterian Church and served as elder, sang in the choir, and was the building maintenance supervisor. Marvin was elected to the first Clemmons Village Council, serving as councilmember for several years. He was a High School and College basketball official and was co-founder of Clemmons first recreational basketball team, the Clemmons Cougars. He worked for Cunningham Brick, then owned and operated Tanglewood Paint Center in Clemmons. After closing the Paint Center, Marvin continued to operate side businesses throughout the years. He worked for Lowe’s as a paint specialist and was the sales supervisor for Duron/Sherwin-Williams until his retirement in 2010. Following retirement, Marvin moved back home to Charleston. He was a member of First Presbyterian Church in Charleston where he sang in the choir and shared his faith through solo performances. He attended and sang in the choir at First Presbyterian Church in Dunbar. Marvin was an avid reader and historian. He loved researching his ancestry and sharing his family legacy with everyone he knew. His stories and history lessons will be missed by all who knew him.