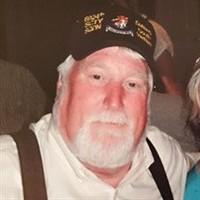 Charles “Chuck” Thomas Craft, 73, of Spotsylvania, VA, with ‘a heart bigger than any fish he ever caught’, peacefully passed in his home Thursday, February 4, 2021.

Chuck was born in Logan, WV, to Frances Louise (Garwood) and Thomas Alfred “Al” Craft on December 30, 1947. He graduated from the Greenbrier Military School in 1965. He attended and was on the Dean's Honor List at West Virginia University, Marshall University and Bluefield State College. Chuck met the love of his life, Jackie and her two children Ed and Eileen; he and Jackie married on April 12th, 1975, in Huntington, WV. Chuck paused his studies to dutifully raise and provide for an instant family, with another soon on the way, by putting his life on the line working in a local coal mine. He became a member of The Church of Jesus Christ of Latter-day Saints and moved his new family to Utah where they were sealed in the Salt Lake City Temple of the Church. While in Utah he found great joy surrounded by so many others of his same faith. For a time he was co-partner of a subdivision development and construction company with his two closest friends Dennis Flynn and Hal Golightly. In search of new opportunities, he eventually moved his family to Los Angeles, California, and finally settled in Northern Virginia. Well into his 50s, and with perseverance, Charles at last completed those remaining credits and earned his college degree from Bluefield State College. Throughout his varied career he learned everything there is to know about the construction and building industry and put that knowledge to good use as a public servant and Supervisory Site Inspector for the Fairfax County Government where he worked until he retired in 2013.

With great pride he served four years in the US Air Force to include a combat tour in the Vietnam War with the 6924th Security Squadron in DaNang, South Vietnam, earning several medals. He served too many years to remember in the Optimist Club of Springfield, VA, with several years as President. He was Boy Scout Leader, taught Sunday school for numerous years, and held several other Church callings. Outside of service to his church and community, his favorite pastimes were fishing the James River with his boys and grandkids, and spending time with his family.

Charles was preceded in death by his mother and father Frances Louise and Thomas Alfred Craft.

A funeral service will be held Wednesday, February 10, 2021 at 10:00 a.m. at Found and Sons Funeral Chapel, 10719 Courthouse Road, Fredericksburg, with Bishop Alan Camp of The Church of Jesus Christ of Latter-day Saints officiating, for up to a maximum of 80 people*. Family members only are then invited to attend a committal service at Quantico National Cemetery at 1:00 p.m. Due to COVID-19 mandates, masks will be required in the funeral home.

*The family respectfully asks that others attend the funeral virtually via webcast due to social gathering restrictions. An online memorial tribute page has been created for everyone to share and enjoy fond memories and pictures of Chuck.

Pallbearers will be his sons, Ed, Charles, and Tom; grandsons, Connor and Trey; and son-in-law, Darren.

In lieu of flowers, memorial contributions can be made in his name to the US Department of Veterans Affairs (VA):
https://www.pay.gov/public/form/start/50810087/
https://www.richmond.va.gov/giving/index.asp
https://www.volunteer.va.gov/apps/volunteernow/

The family wishes to extend their sincerest thanks to Chuck’s doctors, especially Dr. John O’Brien, the staff at Mary Washington University Hospital, the Spotsylvania Ward Bishopric and Ministering Brethren of The Church of Jesus Christ of Latter-day Saints, and friends and family of that Ward. The family is also very grateful for all the support and services that their local VA facility has provided. The services, support, and outreach from all are truly appreciated.